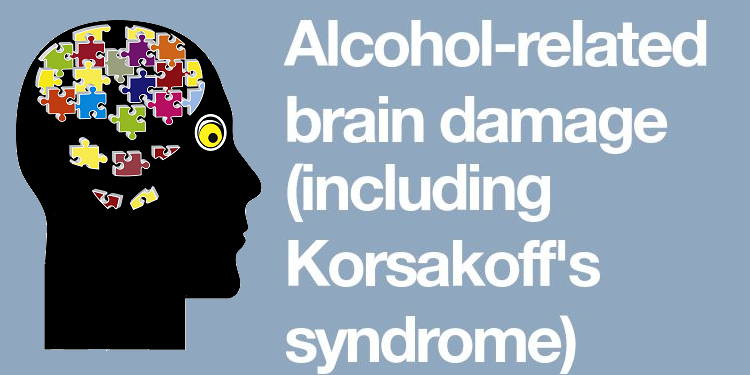 Alcohol is a highly abused substance that increases the risk of many health issues and diseases to individuals who misuse this substance.

Most individuals that suffer from alcohol use disorder have a deficiency in essential vitamins and nutrients the body requires to function properly.

This is what leads to health issues such as dementia and alcohol-related brain damage suffered by a majority of heavy drinkers.

This guide will discuss the symptoms of alcohol-related dementia, treatment, and other things that you should know about alcoholic dementia.

How alcohol affects the brain

After consuming a few drinks, your brain is immediately affected by the alcohol negatively. This results in a short-term reduction in the way your brain functions.

The short-term effects will affect your walking, vision, memory, and reflexes. Overtime continued excessive use of alcohol can cause permanent damage to the brain.

This is because the liver becomes overloaded due to heavy drinking and is unable to process the alcohol.

When this happens the alcohol will travel directly to other organs in the body including the central nervous system.

The extent that long-term heavy drinking has on your brain, depends on several factors.

This includes the following:

These factors play a part in determining your risk for developing a debilitating condition such as alcohol-related brain damage.

After 10-20 years of heavy drinking, coupled with poor nutrition the result is a decline in brain function and health. This is referred to as alcohol-related brain damage.

Alcohol inhibits the absorption of vitamin B1 in the body which leads to a thiamine deficiency.

Studies show that approximately 80% of heavy drinkers that have this deficiency will develop this syndrome.

ARBD occurs when brain cells are damaged due to inadequate levels of thiamine in the body. This vitamin is needed to convert food into an energy supply for the brain.

Even when a person refrains from drinking, dementia is still evident because of the brain damage from the years of alcohol abuse.

Dementia is a symptom that results from a decline in brain function. This affects your ability to communicate, comprehend, and remember things. There are several types of dementia caused by different diseases and conditions, including alcohol-related dementia, Alzheimer’s, and vascular dementia.

If you have one of these diseases or conditions, the risk of you developing dementia will increase as you age. It is also possible to develop more than one type of dementia.

Several symptoms are generalised when a person has dementia and others are specific to the type or cause of dementia.

The following is a list of the general symptoms associated with dementia:

Alcohol-related dementia vs. other types of dementia

Alzheimer’s disease’s main cause is ageing, while alcohol-related dementia is from alcohol killing your brain cells.

The early stages of alcohol-related dementia include symptoms such as confusion and the onset of short-term memory loss.

Alcohol-related dementia and Wernicke-Korsakoff Syndrome are often referred to as being the same thing.

However, Wernicke-Korsakoff syndrome is caused by a thiamine deficiency which tends to occur in individuals who suffer from alcohol use disorder. Alcohol-related dementia is a set of symptoms that emerge as a result of years of alcohol abuse.

Wernicke-Korsakoff Syndrome is two separate conditions yet they are related and oftentimes go hand in hand with one another. This disorder is a result of a deficiency in thiamine(vitamin B1) which occurs from alcohol misuse.

It is a brain disorder that begins with brain damage to the lower parts of the brain known as the thalamus and hypothalamus.

As symptoms of Wernicke syndrome fade, Korsakoff syndrome also known as Korsakoff psychosis develops, this is due to the memory part of the brain is permanently damaged.

Less than 5% of the population in the United States is affected by this disorder, with males being diagnosed more than females. Not everyone who has Wernicke syndrome will develop Korsakoff.

Individuals with Wernicke-Korsakoff syndrome must seek treatment to slow the progression of this disorder. Failure to receive proper treatment for WKS can be life-threatening.

Once symptoms for Wernicke syndrome appear, you need to get treatment immediately. The symptoms will appear without warning, however, the progression can be slowed with treatment.

Once again if you fail to get treatment, Wernicke syndrome will transform into Korsakoff psychosis, which begins with short term memory loss.

If it reaches this more chronic and long-lasting stage, the chances for recovery dwindle. Approximately 50% of individuals that develop Korsakoff syndrome will fully recover.

The other half partially recovers, or they don’t recover at all and the disorder leads to death.

It is important to note that it is possible to develop Korsakoff syndrome without an episode of Wernicke syndrome and vice versa.

If a person develop alcohol-related dementia or Wernicke’s encephalopathy and it later progresses to Korsakoff’s psychosis, they may experience the additional following symptoms:

How is Wernicke-Korsakoff Syndrome diagnosed?

The medical tests that are performed are looking for the following:

The types of test that are performed include:

The testing required to receive a clinical diagnosis of Wernicke-Korsakoff syndrome is more in-depth than diagnosing alcohol-related dementia. A thorough look at your medical history along with CT scans and MRIs are performed in addition to the lab tests, bloodwork, and liver function screening.

These tests are necessary to rule out any other illnesses or disorders that may resemble the symptom of WKS.

Who is at risk

Anyone who suffers from alcohol use disorder is at risk of developing alcohol-related dementia or Wernicke-Korsakoff Syndrome. This condition is not just a result of heavy drinking. Research studies have not been able to determine a safe amount to drink, however, your risk declines when you stop drinking or you drink in moderation.

The development of alcohol-related dementia and alcohol-related brain damage is not based on age, gender, height, or weight. Anyone can develop alcoholic dementia regardless of these factors.

If you begin to experience headaches, mood swings, anger episodes, consistent blackout episodes, or memory gaps that correlate with excessive alcohol consumption, then you should speak with your GP or primary physician to run tests to determine if it is alcohol-related dementia.

There are cases where individuals are born with alcohol-related brain damage due to the mother drinking while pregnant and exposing her fetus to alcohol.

This is referred to as Fetal Alcohol Syndrome. Alcohol enters the unborn baby’s body through the umbilical cord and unfortunately, the body of the unborn baby is unable to process the toxin because the body is not fully developed.

This is why it is stressed that pregnant women should refrain from consuming any amount of alcohol.

What type of drinker are you?

Occasional drinker- The occasional drinker can have memory inhibitions after a few drinks, consume large amounts of alcohol which result in a blackout, and not suffer long-term effects. However, over time these binges can build up and affect your brain cells.

Moderate drinker- The moderate drinker is one that drinks 1-2 drinks a day. Research studies have shown that drinking in moderation can still put you at risk for alcohol-related dementia and other health issues.

Heavy and chronic drinker- The heavy drinker label is assigned to a person that consumes 4-8 drinks daily over an extended time period. This results in long-term cognitive problems including alcohol-related brain damage long after a person becomes sober.

The severity of the disorder or syndrome will determine the type of treatment or care that is needed. In some cases, the symptoms need to be monitored and special care needs to be provided in a hospital setting. This would include the following:

In cases where there is a severe deficiency of thiamine such as Wernicke-Korsakoff Syndrome, thiamine is administered through an IV. During the early stages of alcohol-related dementia, individuals are advised to abstain from alcohol, eat healthy foods that are high in vitamin B1, and/or taking vitamin B1 supplements.

For the most part, the treatment of alcohol-related brain damage occurs in two phases. These two phases are referred to as stabilisation and rehabilitative care.  These concepts are discussed below:

The first thing that is done is to have the individual abstain from alcohol and get through the withdrawal portion of phase 1. This involves replacing fluids, salts, and vitamins lost through heavy drinking and poor nutrition. This is typically administered through an IV. The individual could be sedated to control agitation and hallucinations as a result of alcohol withdrawal.

After an individual has been stabilized and their withdrawal symptoms and alcohol cravings have been minimized, they are ready for phase 2.

The type of therapy and treatment provided during the rehabilitation phase will depend on the personal needs of the individual and the severity of the damage. This could include structural aids and technology to help with memory loss. It could also include services provided by medical professionals that specialize in dementia services.

Some issues and symptoms take longer than others to address. There are some symptoms that may never go away. Some medical professionals suggest detoxing or going to a rehab facility to manage any withdrawal symptoms that can arise. It has been proven through various research studies that eliminating the toxin from your body first is the best way to stabilize and rehabilitate your disease.

For individuals exposed to alcohol prenatally and are suffering from symptoms of Fetal Alcohol Syndrome, scientists are still working on developing a combination treatment of medication and complex motor training.

There are no specific guidelines for the treatment of FAS and there is no cure for FAS. Due to the fact that each child will exhibit different or unique symptoms, treatment is based on treating the symptoms of this disorder.

The CDC recommends that a combination of medications such as stimulants, antidepressants, neuroleptics, and anti-anxiety drugs, along with behaviour and education therapy should be used. There are therapy organizations that can address issues with social skills and early intervention services to handle learning disabilities.

The best way to prevent a relapse or to keep symptoms maintained and under control is by abstaining from alcohol, eating healthy, and staying active. Preventing or reducing risk in FAS requires the mother to refrain from alcohol during her pregnancy. If you are finding it difficult to abstain from alcohol on your own, several community organisations offer support for individuals with alcohol use disorder.

As with any disorder or illness, complications can arise.

If this occurs, speak with your GP or family doctor and inform them of the complications that you are facing. Your doctor might be able to refer you to specialists or therapists that can help you.

Where to get help

One of the biggest hurdles that individuals struggle to overcome is abstaining from alcohol use especially if they were a heavy drinker in the past. That’s why it is important to create a support network to help you through these tough times. Enlist a friend or family member to encourage and motivate you to abstain from alcohol.

If you are seeking alternative treatment methods to manage your symptoms, there are government agencies that provide you with information for clinical trials or investigative therapies.

After reading this guide you should be able to do the following:

Dealing with the consequences of a reckless lifestyle can be stressful. However, you need to remember that your choices are what put you in your current situation. Making changes in the early stages of your disease can help you reduce the symptoms or reverse some of the damage incurred from alcohol abuse. The most important thing is to remain free from the misuse of alcohol.