Heroin is derived from morphine and is considered an opiate, which is a type of drug derived from poppies. As a class A drug, heroin is considered to be one of the most harmful and dangerous drugs that a person can use. Heroin addiction is incredibly intense and dangerous, with individuals becoming addicted to it after even just one use.

Heroin consumption, despite the euphoric feelings it creates, comes with a large variety of dangerous and potentially deadly risks. It is also more addictive than many other drugs, as a smaller number of uses will create dependency. As soon as the addiction develops, the risk of the adverse effects increases significantly. These are the reasons that heroin is considered one of the most dangerous illicit substances that people abuse.

Because of the danger, when someone becomes addicted to heroin, treatment guided by a medical professional is essential to achieve safe and long-lasting recovery.

Why is Heroin so Addictive?

Heroin causes an incredibly euphoric feeling when it is consumed, and as the effects ware off, a user often feels a strong urge to replicate the euphoria. Repeated use (even just a couple times) can lead to a psychological dependency to both feel the euphoria and then avoid the depression and cravings that will start to occur when they do not use the substance.

How Does Heroin Addiction Happen?

It is assumed that a combination of genetic and environmental factors (as explained above) plays a part in whether or not a person will develop dependency or addiction. Either way, heroin is considered to be a highly addictive substance due to the powerful psychological and physical effects.

How is Heroin Used?

There are three common ways that people use heroin: smoking, snorting, and injecting. Injecting is considered to be the most dangerous of the three as it has the added risk of infection due to dirty needles.

All three ways are highly addictive, and after one or two times partaking in any method, a person may find it hard to avoid retaking it. With all three methods, the drug very quickly gets to the brain and blocks pain messages and slows down the heart rate and breathing.

Listed below are the many ways users take heroin:

Smoking is done with tin foil, in a pipe, in a hollowed-out object, or rolled with tobacco. It is often where people start when they use heroin. As they develop a tolerance for smoking, they may turn to injection, which has a more potent and fast-acting effect. There are also different paraphernalia associated with injection, such as needles, bent spoons, citric acid packets, cotton balls, and tourniquets.

As with any addiction, there is no direct cause. But multiple factors can contribute to the development of substance addiction, such as:

There are genetic links that can be passed down that are associated with a higher risk level for heroin addiction. For example, if someone has less dopamine D2 receptors, they are more likely to develop a dependency on substances like heroin.

There are also genetic traits linked to increased impulsivity, which may cause a person to pay less attention to the risks of trying heroin in the first place.

There are a few different personality traits that make a person more likely to try and develop an addiction to drugs like heroin. If a person is known to be a sensation-seeker, they may purposefully seek out the drug, especially if they have used a prescription opiate in the past.

Someone who is highly impulsive is also more likely to try the drug and develop an addiction. Finally, someone that shows an inherent lack of self-control is more likely to develop a psychological dependency after just one or two uses.

There are two main ways a person's social life can play a part in the development of addiction. First of all, peer pressure. If someone is in a social setting or group that all uses the substance, they may feel increased pressure to do so themselves. Second, a person may turn to the substance to cope with abuse, loneliness, etc.

People who grow up around family members who use substances are substantially more likely to use and develop an addiction. This is because they learn that drug use can be a coping mechanism at a young age, and the person may also have easier access to it.

A person may use heroin to self-medicate for various mental health conditions such as depression and anxiety. If this is the case, during treatment, all of the co-occurring disorders must be treated along with the addiction so that the person can achieve long-lasting sobriety after they leave the treatment centre.

It is important to distinguish between heroin addiction and heroin tolerance. Below we have outlined the main contrasts between the two:

Developing a tolerance goes hand in hand with dependency. Tolerance is when the original dosage that a person took no longer creates the desired response, so they have to take a higher and higher amount. Tolerance creates an increased risk for overdose as a person may take more than their body can handle in search of the high that they like. 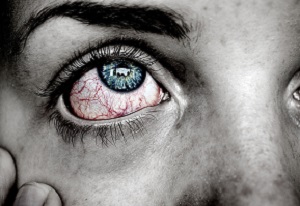 What Are the Effects of Heroin Abuse?

There are many effects to heroin consumption, all of which are negative and dangerous. These include:

In fact, some of the symptoms when a person is going through withdrawal can even be dangerous or deadly. The second reason a person may be unable to stop is that they may not even be aware that their heroin use is the problem. They may feel like it is the only way they can cope with life. 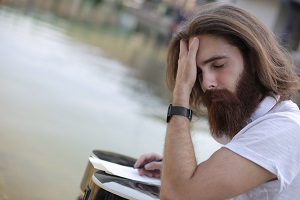 Heroin use is detrimental to individuals, their loved ones, and to society. It only results in negative and unwanted repercussions such as:

Heroin abuse and addiction is one of the easiest substances to spot due to the strength of the drug. Physical changes can happen rapidly, but there are also some behavioural and psychological symptoms to look out for:

What Are the Effects of Heroin Overdose?

There are various signs that a person may be overdosing before it turns fatal. If a heroin user displays any of the following symptoms, it may be an indication that they require immediate medical attention.

Signs You need a Heroin Detox

If someone addicted to heroin is reluctant to seek treatment, an intervention by loved ones (both family and friends) could be the push they need to go and get help. This can help someone who is still in the early stages of their addiction and does not yet realize they have a problem or someone that has tried multiple times to stop and failed. 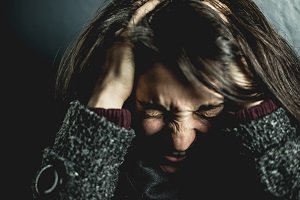 Heroin withdrawal can be a serious and dangerous medical experience. You will need the assistance of doctors at a detox facility, as well as 24-hour medical care. You will also benefit from medications that can be administered by a team of physicians, when you need.

This is the period where the body empties itself of all remnants of the substance. During this period, the worst physical withdrawal symptoms will occur. Unlike other substances, such as cannabis, heroin has a short half-life, which makes detox a quicker process.

This is the period directly after detox when a person receives the most intensive care to treat psychological addiction and any other co-occurring disorders. During this period, a person will learn valuable coping skills that will help them deal with life and temptation without using the substance again. Post-detox care is essential to long-term sobriety.

Below we have listed some of the most common side-effects of heroin withdrawal that you can expect during detox:

Some medications have been developed to help a person slowly break their addiction without trying to move directly into living drug-free, which can be extremely difficult. While these substances can come with their own set of problems, they can be extremely helpful in aiding someone who struggles with an addiction to live with their heroin dependency.

Is It Possible to Beat a Heroin Addiction?

Yes, it is possible to beat heroin addiction, though the process can be long and difficult. Medical supervision during detox and then intense treatment and therapy afterward are vital tools in helping a person beat their heroin addiction. Even if relapse does occur, going back to treatment and achieving sobriety a second (or more) time is entirely possible.

Leave your details and we will discreetly you back. All calls are completely confidential.