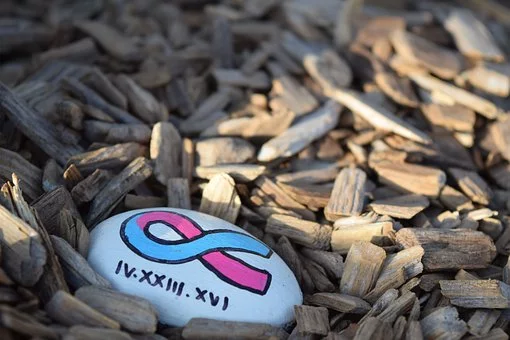 The precise effects of alcohol on pregnancy have never been fully understood.

While there are those who say that drinking very small amounts will not hurt, medical professionals recommend total abstinence from alcohol when pregnant. This is partly to err on the side of caution, but new research is increasingly showing why this may be the very best advice to follow.

There are some who suggest that even low-level alcohol consumption significantly increases the risk of miscarriage, especially in the first 3 months of pregnancy.

The Dangers of Drinking While Pregnant

During pregnancy, the female body becomes increasingly sensitive to negative stimuli and unhealthy habits. After all, the baby receives everything through its mother and essentially consumes what the mother does; many unhealthy things which are not overly harmful to an adult woman, however, can have a lasting impact upon a foetus while it is developing.

This is especially so in the case of alcohol.

The liver is the last organ to form in the womb, and so a foetus has no way of safely metabolising any alcohol which is passed from its mother.

As a result, alcohol consumption during pregnancy has certain risks attached, including [1]:

The likelihood and severity of damage to an unborn infant, of course, is dependent upon the regularity of consumption and the amount of alcohol consumed. Nonetheless, recent research suggests that even very small intakes of alcohol during pregnancy do increase the risks notably.

Understandably, research into this topic has thus far focussed on heavy alcohol consumption and chronic alcohol addiction rather than low-level ‘social’ drinking.

We are far less aware of the potential risks of irregular, light alcohol consumption during pregnancy than, for example, the likelihood of foetal alcohol syndrome in children born to mothers with severe alcohol dependency issues.

As a result, some people suggest that low-level consumption is less of a concern.

For example, a study undertaken by Harvard Medical School in 2012 found that minimal alcohol consumption in the first trimester didn’t seem to be linked to low birth weights, premature births, or other pregnancy complications [2].

Likewise, they found that low-to-moderate levels of alcohol intake during pregnancy had no noticeable effect on the executive function (meaning the organising, managing, and memory) of five-year-old children [3].

Of course, despite this medical professionals still continued to recommend abstinence during pregnancy.

Recent research is showing this to be a good move.

A study published in Alcoholism: Clinical and Experimental Research found that women who do not drink at all face the lowest risk of any pregnancy complications and that less than one drink per day increases the risk of miscarriage by 19% [4]. Likewise, more than five drinks per week increase the risk by a further 6% per drink consumed [5].

This seems to be because of the way in which alcohol increases oxidative stress in foetuses, thereby causing cellular damage. This study shows that even small amounts of alcohol can have a cumulative effect in increasing risk, and as such it could be the case that pregnant women should avoid trace amounts of alcohol (such as those found in non-alcoholic beers).

Of course, those most at risk are pregnant women struggling with alcohol dependency or addiction. Just as small amounts of alcohol pose a small risk, larger amounts increase risk exponentially, and in the case of severe alcohol abuse can endanger the lives of mother and child alike.

If you are worried that you may be dependent upon alcohol, or if you’re concerned that someone you love has an addiction, there are some signs that you should look out for.

Of course, the most obvious sign of an Alcohol Use Disorder (or AUD) is an inability to cut down or stop drinking despite having the desire to do so. Nonetheless, there are other red flags that you should not ignore, they include:

If you, or your partner, are trying to get pregnant, or you are already pregnant, you should not ignore these signs. Instead, speak to a medical professional about the risks you already face as a result of this dependency and seek treatment.

If your alcohol consumption has given you cause for concern and you want to seek help before falling pregnant, or you’re already pregnant and need to make a real change fast, there are resources available.

Many non-profit sites like March of Dimes  [6] have resources and tips for pregnant women who want to make the lifestyle change easier.

However, if you are struggling with addiction more serious help may be required. In these cases, it is best to first speak to your primary healthcare provider. Be frank with them and give them an honest idea of the scope of the problem.

They will be able to advise on whether a structured removal of alcohol is needed in order to avoid damaging withdrawal symptoms.

Furthermore, you could join a local support group such as AA, make use of therapy options in your area, or, in extreme cases, consider an in-patient treatment option to make a controlled move towards sobriety.

Whatever you choose, however, remember to stay focused on what matters; the health of you and your baby.

Pregnancy is a wonderful, but admittedly stressful time in the life of any woman, and while many aspects of what we should, and shouldn’t, do are ambiguous the message is clear when it comes to alcohol.

Abstinence is the order of the day when you’re expecting, as even low-levels of alcohol use increase the risk of miscarriage, stillbirth, and developmental disorders.