The world of addiction and substance abuse is often a challenging and daunting world. Thoughts, behaviours, and emotions are often sent askew with the presence of harmful and mind-altering substances in the body and mind. Emotions and beliefs can become overwhelming for some, and this is where self-harm in addiction recovery can occur.

In this post, we will discuss the relationship between non-suicidal self-harm, the signs, and symptoms to look out for if you fear a loved one is harming themselves, and how to treat this problem. It is vital to remember that self-harm is not a mental illness in itself. It is more of a sign that the person suffering has unaddressed issues that require support and treatment.

Non-Suicidal Self Injury (NSSI) is a coping mechanism used by people who are in emotional distress. One common form of NSSI is cutting. While there is some pain associated with these injuries, they also release a flood of endorphins.

These endorphins can help the person escape from the painful emotions they are feeling. This is not an indication that the person wants to die and not an attempt at suicide. [1]

NSSI is primarily a form of communication for people who have trouble controlling and expressing their emotions. There are many different ways that people express NSSI by harming themselves, including, but not limited to, the following:

The Relationship Between Self-Harm and Addiction

Self-harming releases endorphins, which give a sense of relief from anxiety, stress, and pain. This can become addictive in itself, especially for people who already have addiction issues or are at high risk for them. Oxford conducted a fourteen-year study consisting of 11,426 patients and found the following results: 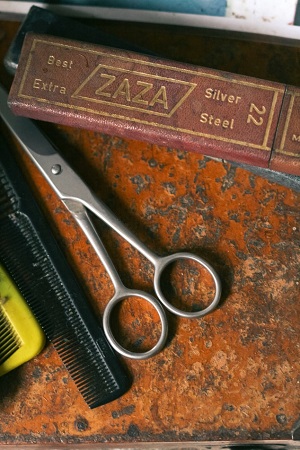 Below we have listed the most common methods of self-harm:

How Self-Harm is a Form of Addiction

Self-harming and addiction to substances have a similar cause and immediate outcome. They are a way for someone who cannot correctly cope with their emotions to express themselves and find a sense of relief. Both provide numbing or a release of endorphins to release the emotional pain that the person is trying to overcome.

This physical reaction to self-harm creates a psychological dependency, which becomes an addiction. Treatment for NSSI is similar to that faced by most people with habits such as addressing cravings, the root cause, and ways to find new healthy coping mechanisms.

Signs and Symptoms of Self-Harm

The arms, legs, and stomach are the most common places where NSSI takes place. Below are a few signs that someone is harming themselves.

Why Would Someone Want to Self-Harm?

Everyone copes with things in their way, and every person has their tipping point where they can no longer deal with overwhelming emotions or situations. There is no set formula for what leads to self-harm though there are known risk factors.

Also, peer pressure can also lead to initiating NSSI for attention. There are even communities that have been created online centred around NSSI, which are negative mental health spaces. [3] There are many reasons why someone would want to self-harm, but primarily, it is linked to feelings of low self-esteem, depression, and emotional distress.

Who is at Risk of Self-Harming?

Below is a summary of the most common demographics of people who participate in NSSI behaviours:

Men are more likely to self-harm if they are in prison and have been abused. Risk factors are not having a healthy way of expressing their emotions and emotional distress.

Women are much more likely to self-harm at all ages. There are many different risk factors, including feeling isolated, depression, anxiety, low self-esteem, and emotional distress, to name a few.

Young women are more likely than young men to self-harm. Nearly 10% of all 15-16-year-olds partake in some form of NSSI. Risk factors are anxiety, depression, and emotional distress.

One study found that identifying as homosexual, gay, or queer increased risk for NSSI. [4] Risk factors are low self-esteem, feeling like a burden, and emotional distress.

There are outliers such as very young children who were significantly abused and used NSSI as a way to cope, but they have not been studied specifically as a group.

How Common is Self-Harm

Approximately 10-15 percent of people will hurt themself in some form of NSSI in their lifetime. Of the kinds of self-harm that have been studied, they found the following. Approximately 70-90% of people who self-harm cut their skin while 15-35% burned themselves, and 21-44% injured themselves by banging or hitting their head. [5]

Dangers and Risks Associated with Self-Harm

The following are some of the side effects of NSSI:

NSSI is dangerous when mixed with other mental health and medical diagnosis, including the following:

Eating disorders are another form of self-control that can bring good feelings to the person doing it. They are often a way of dealing with emotions for people who are unable to express themselves.

Anorexics are more likely to take part in NSSI because it is a way of helping them feel relief from the pain without ingesting calories. At the same time, people with bulimia or binge eating disorders are more likely to drink excessively or take drugs to cope.

Self-harming by drinking alcohol to excess is incredibly common. This is done as a way of escaping emotional pain. The National Suicide Research Foundation discovered that 38% of self-harming instances in their participants were linked to drinking.

In addition to the drinking itself being harmful and sometimes leading to alcohol overdoses, inhibition is lowered by drinking so many people will NSSI after getting drunk.

Around 8.7% of people who NSSI are also drug abusers. This can happen in several different ways.

They may start off self-harming to cope and then move on to drugs when that no longer works, or they may start with drugs and then add in NSSI for additional relief. Understanding self-harm in addiction recovery can help make the transition easier.

What If I Do Not Want to Stop Self-Harming?

It is natural not to want to stop something that feels helpful. NSSI is used as a way to cope with difficult emotions and overwhelming situations. Before self-harming, it can help to question yourself. Here are a few examples:

What Help is There?

There are several forms of help for people who NSSI. These include:

There are plenty of crisis lines and chats where you can talk with someone who can empathize and listen. Sometimes talking is immensely helpful. Self-help support groups online or in-person can also provide a forum for understanding and communication.

It can be beneficial to have daily or weekly family meetings to check-in and discuss any stressors.

These groups are different than self-help groups in that they are lead by someone who is licensed to work with mental health issues. These can be very helpful for people who have trouble communicating with friends or family.

Cognitive Behavioural Therapy (CBT) has been shown through research to be helpful for a small number of individuals. Approximately 6% of people who do some form of NSSI stopped after taking part in CBT.

Dialectical Behaviour Therapy (DBT) is designed to help people learn to control extreme emotions and refocus them with positive intent. The focus is on changing negative behaviours. While there is some success, it has not been adequately researched.

What to Do and Not Do About Someone Who Self-Harms

Below is a list of tips on how to help someone who self-harms. We have listed what to do and what not to do in order for your loved one to remain as safe as possible:

Here's what to do

Here's what not to do

There are plenty of sites online with hundreds of suggestions of alternatives to NSSI, but here are a few.

People who NSSI can be any gender and any age. While they can feel the pain of the injuries, it is overwritten by the release that comes with it. They are not suicidal even if they may accidentally hurt themselves fatally. This is not something that can be stopped cold turkey, and people who self-harm do not choose to do it out of malice or forethought.

It can, however, be treated and should be so that they can find true relief. People who self-harm are not doing it solely for the attention, and they are not crazy. It is a coping mechanism to fill a need.

Although self-harm is a dangerous occurrence, an understanding of the difference between self-harm and suicidal intent. Below is a list of symptoms to look out for, and if any do occur, it is vital to contact your GP or a medical professional immediately.

The signs of suicidal intent include: