How Ibogaine Therapy Can Help In Addiction Recovery

When it comes to therapies for addiction recovery, the most conventional spring to mind. Medically-assisted detoxes, rehabilitation facilities, therapy and group sessions are all accredited and trusted models of treatment. But what about the more unorthodox treatments that involve natural substances? In this post, we will look at a less conventional form of addiction treatment: ibogaine therapy.

What Is Ibogaine And Where Did It Come From?

Ibogaine is a psychoactive substance which occurs naturally. The substance comes from a shrub found in western Africa known as the Iboga and is alkaline in nature. In its native regions it has long been used by traditional communities due to its immense healing effects.

When taken in small doses, ibogaine has a stimulant effect and can create heightened energy levels whilst reducing any signs of fatigue, however when it is consumed in a larger dose it can have a deep psychoactive effect making it useful in the treatment of substance abuse disorders. [1]

What Does Ibogaine Do?

There is some evidence to suggest that ibogaine interacts with the brain in such a way that it can quell any unpleasant symptoms often experienced by those who are detoxing from a substance. Most commonly it is used to treat opioid addiction such as those associated with heroin and also methamphetamine addiction.

Whilst information surrounding how the substance works is currently very limited due to a lack of research, there have been some suggestions made by scientists on the subject. When used within traditional African communities, those who took the substance claimed that they experienced vivid memories from many years prior as well as a time of reflection. [2]

It is believed that ibogaine may not only help those struggling with addiction to overcome their withdrawal symptoms but may also be beneficial in helping them to reintegrate into society.

What Is Ibogaine Traditionally Used For?

There are many uses for ibogaine aside from addiction treatment with people sometimes using it to develop on a personal level. The substance is believed to cultivate awareness which makes it a go-to choice for anyone looking for personal growth.

In addition to this, it may help the user connect to their past and to nature and is quite frequently offered as an alternative treatment. Secondly, the substance can be used in a therapeutic sense since it is suggested that it may relieve symptoms of certain mental health conditions such as anxiety and depression. 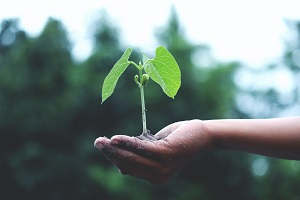 Why Use Ibogaine Therapy To Treat Addiction?

Despite there being a lack of research into ibogaine and its effects, there are some advantages in using the substance. When used to treat patients struggling with substance abuse disorders, ibogaine serves as a beneficial and unique treatment option.

One of the main benefits of using ibogaine to treat addiction is that it has the ability to greatly reduce the unpleasant withdrawal symptoms that are frequently feared by those about to enter into a detox phase. In many cases, patients will turn back to their preferred substance once withdrawal begins as they feel that this is the only way to combat the symptoms.

However, ibogaine can eradicate these symptoms and make success much more likely. In addition to this, it is thought that ibogaine has the potential to help those recovering from addiction to reflect on themselves, this is due to the psychoactive effects of the substance. [3]

This can aid in addressing any emotional issues or traumas, making these things easier to confront and deal with. In turn, the patient is able to gain a greater understanding of themselves which can help to understand their addiction and how it developed in the first place.

How Effective Is Ibogaine For Substance Abuse?

There have been reports that ibogaine treatment may be between 30% and 80% successful in patients being treated for substance abuse. With that in mind, patients coming out of a detox using the substance will be much more likely to relapse if follow up rehab therapy is not given.

When recovering from addiction, it is important to cleanse the body of the drug in order to break the physical addiction but addressing the psychological aspects is just as important in maintaining a healthy and sober lifestyle from there on.

How Does The Brain Interact With Ibogaine?

During a period of substance addiction, the brain is drastically affected and so it comes as no surprise that ibogaine plays a part in altering the chemistry of the brain during treatment.

First of all, the natural ring like structure of ibogaine is thought to mimic the structure of serotonin – a hormone released by the brain which aids in mood regulation, therefore commonly known as the ‘happy hormone.’ In addition to this, the substance also has the ability to regulate the production of dopamine, another chemical found in the brain by stimulating its production. [4]

When this hormone is regulated, it has a direct impact on how a drug would affect the person. For example, when dopamine levels are stimulated through the use of ibogaine, any opioids would not be able to attach to the receptors as they usually would therefore having little to no effect.

When a person takes copious amounts of drugs, this can cause damage to the circuits within the brain and this can contribute to the withdrawal symptoms we see in patients with substance abuse disorders. However, it is thought that ibogaine has the ability to stimulate the receptors in the brain to produce what are known as neurotrophic factors which can go on to repair any damage that has occurred as a result of drug abuse.

What Are The Side Effects Of Ibogaine Therapy?

Whilst there isn’t a lot of information available surrounding the effects of ibogaine, it is believed that the following side effects may occur after using: 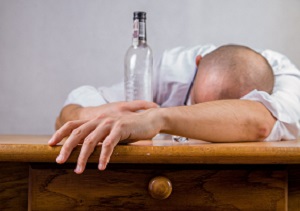 Can Ibogaine Therapy Work For Any Addiction?

Whilst ibogaine has been used in the treatment of patients with addictions to methamphetamine and cocaine it is most commonly used to treat those struggling with opioid addiction. The reason for this is that the substance is able to bind with the opioid receptors within the brain, therefore having the greatest effect.

There have been studies that have shown that mice who are addicted to alcohol drank less of the substance after been administered a dose of ibogaine. However, it is not yet approved for use in humans as a treatment for alcohol addiction. Due to its hallucinogenic properties it may be unsuitable for use in patients with alcohol addiction and may cause severe side effects.

How Risky Is Ibogaine Therapy?

The main risk of taking ibogaine for addiction treatment is that there has not been a substantial amount of studies to show the safety of the substance. In an 18 years period, it was reported that 19 people died suddenly after taking ibogaine and although there is no hard evidence to suggest that the substance was responsible for their deaths, it is somewhat concerning.

Many of the people in this report had underlying health conditions relating the kidneys, liver and heart, all of which are known to be unsuitable for pairing with ibogaine. It is also believed that one in every 300 patients taking ibogaine will die.

Depending on where you are in the world plays a part in whether ibogaine is legal. In the United Kingdom, the substance does not appear on the Misuse of Drugs Act which means that it is not illegal to be in possession of ibogaine. [5]

However, supplying the substance is not permitted. In other countries, ibogaine is classed as a restricted substance, most notably the USA, Belgium and Switzerland.

Things To Remember About Taking Ibogaine

When taking any substance, it is important to be aware of certain effects and information. You might consider the following points when taking ibogaine:

How Safe Is Ibogaine Therapy?

As with any type of treatment, ibogaine is always much safer when given in a safe environment by a health care professional rather than being used at home without medical supervision. However, as with any substance there are a couple of things that may take away of the safe use of ibogaine.

The first being that those with existing heart conditions or complications with the kidneys or liver may suffer ill effects and should not take ibogaine, in addition to this those with certain psychological illnesses should also avoid taking it.

Whilst ibogaine is being used to treat withdrawal from certain substance use disorders, there are some substances that it does not work well with. These include methadone and alcohol, and can cause seizures due to its effects on the central nervous system.

Perhaps more importantly, due to the lack of research that has been conducted on the use of ibogaine, little is completely understood and this could be potentially dangerous.