The Dangers of Drinking Alone 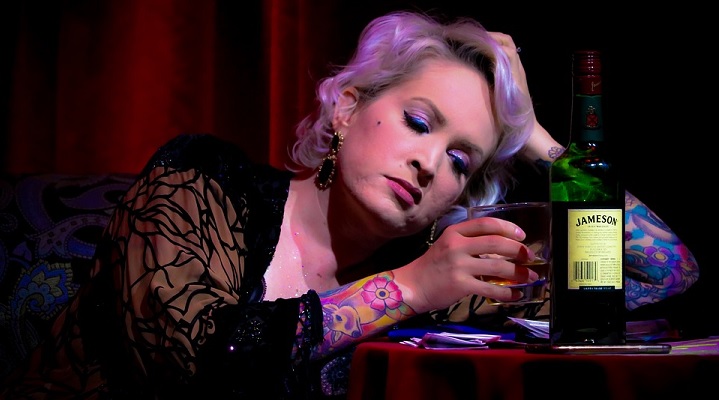 Do you or someone you know drink alone? If your answer to this question is yes, you might be putting yourself in unnecessary danger.

While drinking a beer or two every week or so isn’t anything to be worried about, being secretive about your drinking or doing it by yourself can be two signs of alcoholism.

But you shouldn’t be worried unless you experience other symptoms such as increased alcohol tolerance, withdrawal symptoms, frequent blackouts due to your drinking, or putting alcohol above your occupation or your relationships with others.

If you find that you experience a few of these symptoms, you may have an addiction to alcohol.

But why do people drink by themselves?

People generally start drinking by themselves in an attempt to alleviate symptoms associated with anxiety, past trauma, depression, or stress.

Even though a large amount of Americans experience some type of mental illness, few actually end up receiving treatment and rather turn self medicate with alcohol or other drugs.

The dangers of self-medication

When people drink to soothe themselves, they create a myriad of dangerous situations that could potentially get them hurt.

Because alcohol impairs a person’s ability to make decisions, you can end up making some pretty poor decisions such as getting into dangerous fights or engaging in risky sexual behaviors.

Aside from interactions with others, solitary drinkers also run the risk of engaging in binge drinking– a particularly dangerous form of heavy drinking.

Compared to moderate drinkers or those who don’t drink at all, studies found that binge drinkers produced more chemicals that increased anxiety when faced with difficult situations.

If someone is drinking to relieve their anxiety, they’re just more likely to drink more. Stress also tends to decrease the pleasurable effects associated with alcohol consumption which also further increases the probability of drinking more and more.

Several studies have found a strong correlation between depressive or suicidal thoughts and binge drinking which can lead to further drinking as well.

Addiction is an endless cycle that is worsened by an increased tolerance to the substance being consumed as well as increasingly negative thoughts and feelings.

If no one else is aware of your struggles, you’re more likely to further increase your drinking, leading to potential damage to vital organs such as the liver.

A very common reason to take up drinking is to cope with loneliness.

Loneliness and being alone are two completely different things and people often choose alcohol as a method to silence their negative thoughts.

Unfortunately, alcohol does not make you happier; it just makes whatever emotions you’re feeling more intense.

If you’re having fun at a party, it’s great, but if you’re at home alone and you’re trying to cope with feelings of depression or anxiety, you’re just going to feel worse and cause you to further spiral into your depression or loneliness.

How to tell if someone is drinking in secret

Below, we include some tips to help you detect if a loved one is drinking alcohol secretly:

A. Drinking a lot of vodka and other spirits

Out of all of the alcoholics in America, only a scant 20% actually seek help for their addiction. Unfortunately, alcoholism is very easy to conceal.

One of the favorite drinks of alcoholics is Vodka due to its clear color and lack of a strong smell.

If you believe someone close to you might be an alcoholic, keep an eye out for stray vodka bottles, receipts, and your loved one spiking their drinks with a clear liquid.

B. They have odd mood fluctuations

If someone drinks excessive amounts of alcohol, they can experience irritability or anger as soon as 6-12 hours after drinking.

Alcohol withdrawal can cause fluctuations in the mood so if you notice someone you know is acting stranger than usual, they could be suffering from alcohol addiction.

C. They have a high alcohol tolerance compared to others

Make sure you know the average tolerance level of your loved one’s body type.

Even though tolerance fluctuates from person to person, alcoholics can consume an inordinate amount of alcohol compared to other people in their demographic.

D. It’s hard for them to remember things

While even someone who doesn’t drink a lot can experience a little bit of memory loss, alcoholics tend to experience long-term blackouts that are a lot more serious.

If not treated, long-term heavy drinking can cause irreparable brain damage.

E. They withdraw themselves from social situations

If someone was previously a social butterfly but now seems to avoid going out to social gatherings, that may be a sign of alcoholism.

Even though isolation can also be a sign of depression, if you find your loved one engages in any of the other behaviors on this list, you may be dealing with an alcoholic.

Helping your loved one overcome their addiction

If you believe your loved one is struggling with alcoholism, try to do as much as you can to help them seek treatment.  Even though you can’t force them to go to rehab, you can begin to convince them to get help by holding an intervention.

Talk to them in private and when they are sober. Don’t act angry or disappointed as that will just make your loved one become defensive and less receptive to receiving treatment.

Remain calm and let them know that you will be supportive of them for the whole journey.

When your loved one is ready to go to rehab, contact a rehab facility and begin to make arrangements. Alcoholism is an addiction that takes a lot more than sheer willpower to overcome.

Someone who is struggling will likely need the love and support of those around them. Never act judgemental of your loved one. That will make them feel worse and possibly even make them want to drink more.

If you believe someone you know is an alcoholic, talk to them and attempt to convince them to seek treatment.  If you can help it, try not to stand idly by. You can do a lot even if you can’t physically force them to get treatment.

If you feel that you are struggling with alcoholism, there is no shame in admitting it.  Talk to someone you trust and start making plans to help overcome your addiction. Any steps you make towards recovery are in the right direction.