Dry January: Does it Lead to a February Binge?

Does Dry January trigger a binge in February?

Alcohol Concern claims Dry January serves to ‘reset’ participants’ relationship with alcohol. However, we feel this claim is highly likely an inflated one given that most people who participate in Dry January will quickly return to their normal drinking habits.

It’s also possible that undergoing a Dry January could trigger a binge in February.  This binge would serve to wipe-out most health gains secured by abstaining from alcohol in January.

Animal studies conducted on rats backs up the idea that abstaining from alcohol for one month is generally followed by over-compensating in subsequent months.

Rats were given alcohol for a long period of time then had all alcohol removed from their environment. When alcohol was subsequently re-introduced, the rats drank greater quantities of alcohol than before.

Another study generally failed to prove the same effect in humans when alcohol was removed from US army recruits during their initial training. When these same recruits were again permitted to drink alcohol following the completion of their training, they tended to either drink the same or less than their typical pre-training amounts.

However, heavier drinkers were likely to binge following this period of enforced abstinence.

A study conducted by Alcohol Concern

A 2014 study conducted jointly between Alcohol Concern and the University of Sussex claimed undergoing Dry January did not lead to binge drinking in January.

Emily Robinson, a past director of Alcohol Concern said: “The long term effects of Dry January have previously been questioned, with people asking if a month booze-free would cause people to binge-drink once February comes around.”

She claims no such effect has been proven.

This claim does conflict with the study conducted on US army recruits which suggest the heaviest drinkers to start are the most likely to binge drink after a period of abstinence.

Another study conducted by Alcohol Concern via a survey found that 800 people who completed Dry January in 2018 were, on average, continuing to drink less alcohol in August 2018.

The survey found that this 10% who drank the most tended to people those who were unable to complete the entire Dry January period.

The survey also claims those who completed Dry January continued to have improved sleep and weight loss throughout the year.

The key disadvantage of this survey is that the results are self-selecting and thus not entirely representative of people who completed Dry January.

Also, out of 2,800 who signed up to the August follow-up survey, only 800 submitted their answers. This high-drop out rate is concerning.

Men were more likely than women to drop out of the follow-up survey, as were those who were identified as ‘heavy drinkers’ by the information they submitted when initially apply to take part in Dry January.

It’s also submitted that those who took part in the August survey were likely to consist of the most dedicated people, and this level of dedication cannot be said to apply to the entire population of people who took part in Dry January.

The University of Sussex is planning to conduct research in the future that will be more representative of the general population who completed Dry January.

Sales of alcohol throughout the year 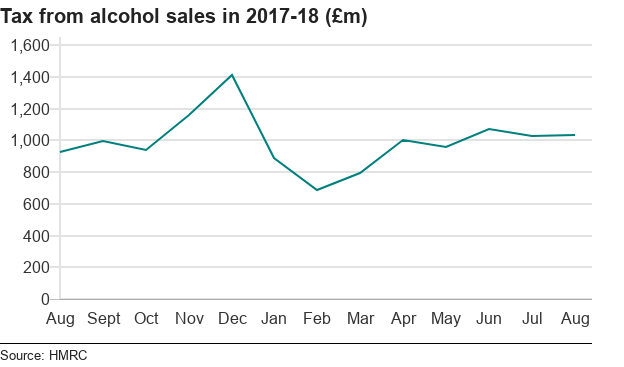 Those most likely to make it through the entire month of January without drinking alcohol are likely to be the ones who drank the least in the first place.

Those who drink the most throughout the year are those who stand to gain the most by successfully completing Dry January.

What if you are alcohol dependent?

It must be stressed that Dry January is not suitable for those who are alcohol dependent. Undergoing a ‘DIY’ alcohol detox in this manner is positively dangerous. Instead, you will require the assistance of a dedicated alcohol detox and alcohol rehab clinic.

For more information, contact our free helpline today on 0800 138 0722 and we shall signpost you to an alcohol rehab and alcohol detox clinic in your local area.