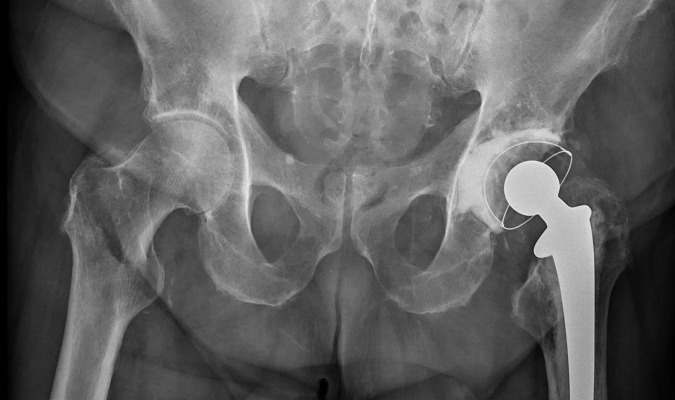 A recent study appears to have shed new light on the nature of the relationship between alcohol consumption and hip fractures among menopausal women and men aged 50 or over.

Many of the new insights can be attributed to the study’s mould-breaking approach of considering different forms of alcohol separately.

This methodological tweak marked a departure from the orthodox practice of treating alcohol as a homogeneous substance and, as a result, allowed researchers to identify nuances which had previously been overlooked.

In this regard, one particularly eye-catching finding is that red wine, when consumed in moderate amounts, appears to be especially effective at reducing the risk of hip fractures among postmenopausal women.

More broadly, the study also found that the moderate consumption of alcohol appears to reduce the risk of hip fractures among menopausal women and men aged 50 or over.

113,578 participants were divided into two groups along gender lines. The first group, numbering 75,180 participants, was comprised of postmenopausal women. While the second group of 38,398 participants was composed of men aged 50 or over.

A biennial questionnaire required both groups to provide self-reported data covering general lifestyle information, including alcohol consumption, as well as details regarding hip fractures. In this fashion, data were collected between 1980 and 2014.

What did the Results Reveal?

The key take-home point is that low to moderate alcohol consumption is associated with decreased incidences of hip fractures. Digging deeper; the results also suggest that the effect is most pronounced among postmenopausal women who drink red wine.

Indeed, in this specific respect, the results indicate a risk ratio of 0.59 when compared with no consumption.

In plain English, this means that in comparison with non-drinkers, women in the red wine subgroup were 41% less likely to suffer hip fractures.

In contrast, the male data did not allow for a clear association between hip fracture risk and specific alcoholic beverages to be made.

What is more, neither did the male data conform to the same general trend as the female results.

So, whereas, the female data charted an increase in hip fracture risk beyond a threshold of 10g of alcohol, the male trend instead adhered to a resolutely linear decline. Which is to say, that among male participants the risk of hip fractures continued to fall even as overall levels of alcohol consumption increased.

How do the Results Fit into the Bigger Picture?

Overall, the findings sit quite comfortably within the broader scientific literature. For example, in addition to being associated with decreased hip fracture risk, a low to moderate intake of alcohol has previously also been linked to increases in bone mineral density.

Taken together, these results could be interpreted as signalling that the low to moderate consumption of alcohol builds resilience against hip fractures by increasing bone mineral density.

However, as appealing as such a proposition may be, it, nevertheless, fails to wholly describe the nature of the complex interaction underpinning the observed effect.

In other words, the question remains as to why exactly the moderate consumption of alcohol should seemingly elicit such benefits. In the main, attempts to identify an underlying mechanism have focused on the effect alcohol has on estrogen levels and the role ethanol plays in preventing bone resorption.

However, although both are fundamental cornerstones of a bigger picture, neither of these explanations can satisfactorily account for differences between specific types of alcohol.

Identifying the Hidden Mechanisms at Play

The comparative effect of different alcoholic beverages on bone development is increasingly becoming a focal point for research. What is more, this more discriminating approach is already throwing up intriguing findings which could eventually open up new corridors for future research.

Take, for example, the tentative evidence which suggests that, with respect to beer and wine at least, components other than ethanol may contribute to limiting bone resorption. Or, the results suggest that moderate wine consumption has a significant effect on both bone mineral density and lower-hip fracture risk.

Peeling back through layers of complexity in this way has enabled researchers to draw initial links between silicon, which is contained within beer in the form of orthosilicic acid, and bone formation.

Elsewhere, it has also led some researchers to speculate that a polyphenol called resveratrol may play a pivotal role in bone strengthening.

Although research on resveratrol remains very much in its infancy, the early signs on this front appear promising. For instance, the results of an experiment on ovariectomised rats suggested that boosting resveratrol levels had the effect of increasing bone mineral density.

Building on this initial finding, researchers have further hypothesised that estrogenic resveratrol may be crucial in guarding against bone loss in postmenopausal women with low estrogen levels.

On the other hand, however, researchers have cautioned that, in health terms, resveratrol is something of a double-edged sword.

Indeed, closer inspection reveals that resveratrol’s cardioprotective, anticarcinogenic, and antiviral properties are counterbalanced by the compound’s potential to have negative impacts on the liver and kidneys.

The Harmful Effects of Excessive Drinking

The relationship between alcohol consumption and bone strength does not conform to a simple linear correlation. Rather, there comes a point where the increased consumption of alcohol actually becomes detrimental to bone strength.

Indeed, for both men and women alike, the excessive consumption of alcohol has been shown to increase the risk of osteoporosis and, moreover, to reduce bone mineral density.

Altogether, the growing body of research is piecing together a tentative consensus which ties the moderate consumption of alcohol to a reduced risk of bone fractures. In practical day to day terms, however, that raises another question; what constitutes “moderate consumption”?

Moderate consumption is defined in terms of the number of standard alcoholic drinks which are consumed by an individual per day. In everyday measures, a standard drink can be quantified as 12 ounces of beer, 5 ounces of wine, or 1.5 ounces of liquor.

On top of that, different thresholds apply to men and women. So, whereas for women, the threshold for moderate consumption is fixed at 1 standard drink per day, for men, the limit is set slightly higher and stands at 2 standard drinks per day.