How Drug Addiction is a Disease 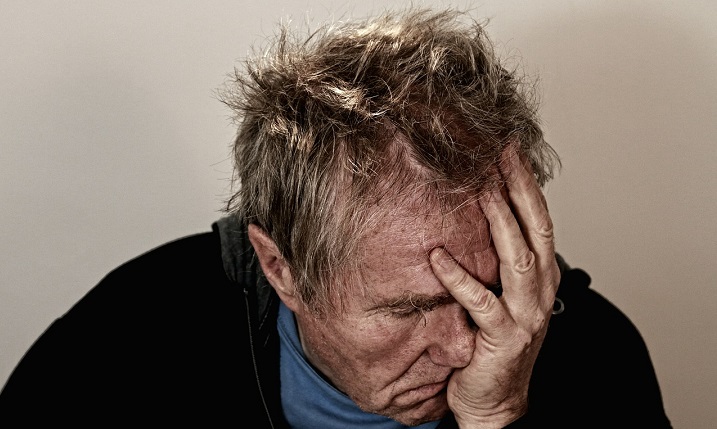 Drug addiction comes along with negative stigma. People tend to be more judgmental and lay blame on the drug addict. They are easy to ignore the fact that addiction is a disease with both internal and external challenges. Instead of pointing an accusing finger to the user, they should try to address the issues that are associated with drug addiction.

Drug addiction is contributed by a number of reasons. Some of these reasons are not out of self-will and there is nothing a victim can do to control them. However, people don’t want to see addiction from that perspective. They interpret addiction as a personal choice thereby blaming the user instead of the addiction problems.

Mostly, this scenario happens when people have not been sensitised enough to understand how the use of drugs transforms into abuse and later addiction.

Addiction can never be a choice! It’s a disease just like any other problems. So people should have it in their heads to avoid being judgmental on those going through addiction. That said, the in-depth guide below explains why addiction is a disease and not a choice.

1. Addiction is a personal choice

Let’s get some facts right here. Drug and substance abuse can be a choice at first. As time goes by, the user becomes more attached to drugs to the extent they cannot hold control anymore. This means they will lose the initial control that was a personal choice.

However, the society being judgmental as it is will think addicts have no willpower to stop using drugs. They are wrong and their judgment is grounded on the fact that they have no understanding about addiction problems.

The truth is those addiction users have the will power to stop using drugs anytime they want. The only obstacle preventing them is the negative stigma of people. The user finds it hard to overcome the problem since they feel nobody will understand them. Many of them decide to suffer silently as society watch and say that it’s their personal choice.

What people need to understand is that addiction is a complex problem than they see it. As a person continues to abuse drugs, the body responds by initiating dependency signs. This means any attempt of the victim to stop follows with withdrawal symptoms. Now the body starts to feel threatened since whatever it used to depend on is no longer available.

This is where withdrawal conundrums come in and can be threatening even to the user’s existence. Addicts reach a point where only professional help can save them from addiction. At this point, they are at the full-blown stage and won’t stop drinking or smoking.

2. Addiction is a delicate subject that should be addressed secretly.

When people are sick, they will freely share their experiences whether it was cancer, common flu or a fracture. However, the opposite is true when it comes to drug addiction. You will rarely find an addict opening up about the challenges they face due to the stigma attached to addiction.

This negative stigma traces back its origin to drug and substance abuse. Even when a person starts to drink or smoke, they deal it as a private issue that the public shouldn’t know.

You will find drug users especially smokers in secluded places doing their thing. This is where it all begins as they advance knowing it’s a private matter.

However, when an addicted person comes out and willing to quit drugs but finds it a problem- can we still say it’s a personal choice? It’s so unfortunate that this stigma still exists between us and shows no signs of ending soon.

This is another reason why addicts choose to suffer in silence than open up about their challenges. The society strongly sees them as bad people who add no value to the world. This makes them isolated always. They do feel ashamed of their problems which people consider a choice and therefore finds it hard to share with any person.

For instance, we are used to ridiculing them on how they appear their status, attitude and so on. Such kind of discouragements adds to the negative stigmas and at no point will they seek help. They are left hopeless and nowhere to run. As a result, they end up sticking to their ways of drug abuse.

How can we end negative stigmas?

The first step towards addressing stigma problems is by educating the society. Society needs to understand that addiction is a process that ends up being a disease. Once they know that, then it becomes easier to deal with those who are affected by addiction who often feel judged.

Also, this perspective will help everyone understand that users have no controls to stop. They may have the will but not the way out. Addiction is like cancer which keeps growing and there is nothing you can do to stop it. Only rehabilitative measures can help people suffering from addiction and drug problems.

Why addiction is a disease?

It all starts with the brain of drug users. Once a person becomes more attached to drugs, the drugs tend to affect the way in which the brain functions. Drugs mostly affected the prefrontal cortex which is responsible for learning and making decisions.

Once the part is affected, the body reacts with intense impulse so as to maintain good feelings. In the end, the drug users shifts to excessive consumption of alcohol, smoking and other forms of drug abuse

Most of the withdrawal symptoms are physical. Now if addiction could be a personal choice, then most of the symptoms could have been emotional or mental.

However, this does not rule off the fact that emotional conundrums are also present. Most of the withdrawal symptoms include tremors, bleeding, vomiting, and even death.

Medical intervention is the key to addiction treatment

Addiction is a disease that requires medical help. If you are addicted, then seeking medical help is the ultimate solution. This will help you deal with withdrawal conundrums that are life-threatening. It’s only a qualified expert who is allowed to administer detox treatment in a rehab centre.

If you need help to quit drug and substance abuse, then fear not. Don’t let shame stop you from addiction recovery. Go an extra mile and educate your others on benefits of breaking away from stigmatisation. You can contact us today on 0800 138 0722 or contact us via our online contact form.